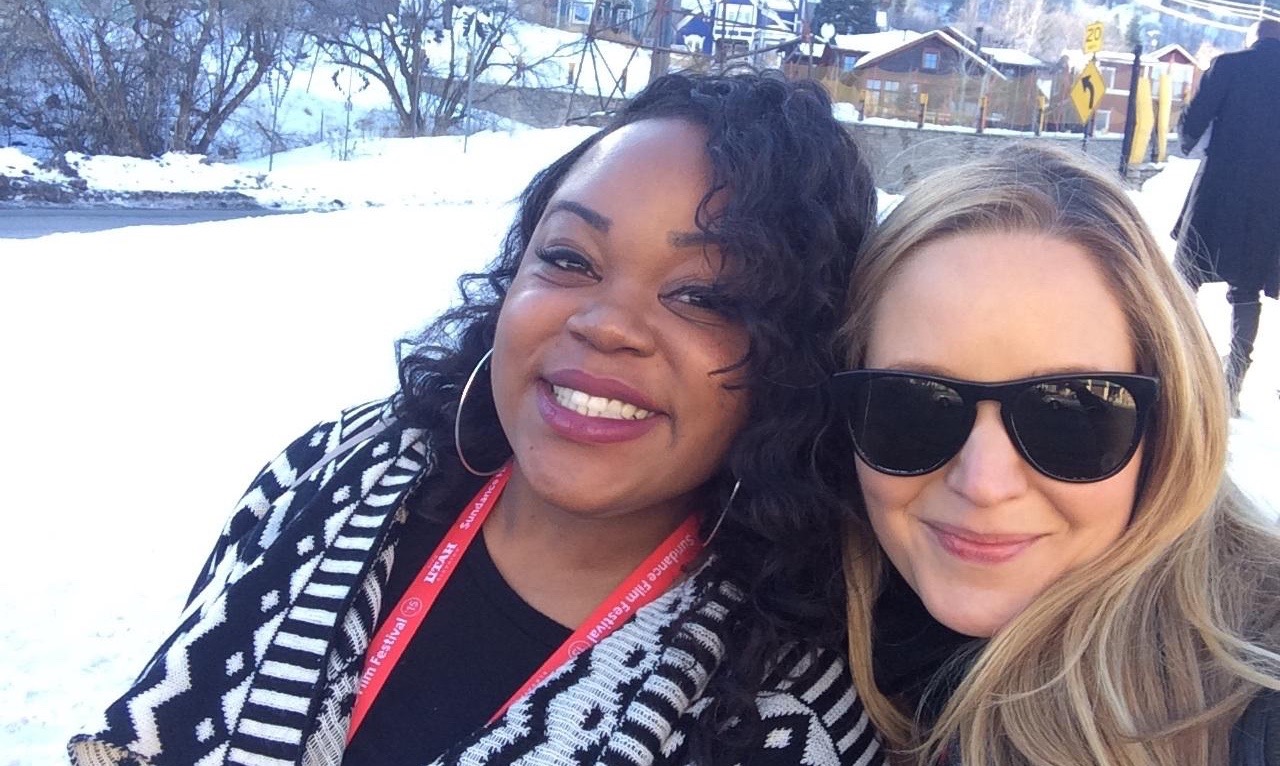 Acclaimed screenwriter Angelica Nwandu discovered her strength as a writer through her experience on the Peace4Kids Poetry Team.

“When I entered foster care I lost practically everything, but at Peace4Kids, I discovered my voice.”

Peace4Kids alumna, Angelica, was honored last year as an invitee to the prestigious Sundance Screenwriters and Directors Lab for “Night Comes On”, a screenplay co-written with acclaimed actor and director, Jordana Spiro. While screenwriting has bolstered Angelica's Hollywood career, her controversial blog, The Shade Room, has fueled her recent success.

Angelica entered the Los Angeles foster care system at age 6. Children of Nigerian immigrants, Angelica and her four sisters were placed into foster care after a domestic violence tragedy left them motherless. The experience not only shattered her home, it sparked the breakdown that created her greatest breakthrough.

“At a Brave New Voices Competition, I remember standing on stage, in tears, after sharing my poem, Through Bullet Proof Glass. As the audience rose in standing ovation it became clear to me, although I couldn’t save my mom from tragedy, I could save myself by giving voice to my pain.”

The experience spurred Angelica to become a fierce writer, spending hours each day honing her craft. “When I began writing, I didn't think I was very good. Mentors at Peace4Kids were really encouraging. Even when I called late at night, they would genuinely listen, offering meaningful feedback.” Sadly, Angelica’s foster placement fell apart and after two years on the Peace4Kids Poetry Team, she moved to Northern California.

Angelica found her way back to Los Angeles via full scholarship to Loyola Marymount University. As is frequent with youth in foster care, she felt alone and struggled to find her community. With no place to call "home" during school breaks, she often found herself sleeping in her car. Though these years were difficult, she persisted, knowing how essential education was to her success.

"I realized that even though my life had been extremely difficult, I was privileged to be burdened."

In her sophomore year she received an unexpected call from Peace4Kids Executive Director, Zaid Gayle. "He found me! As a foster youth you feel like no one is obligated to take care of you, but Zaid tracked me down and found me." Zaid was surprised to learn that Angelica was not writing consistently. She had chosen to pursue law and allow writing to become a quiet hobby. “As a foster youth, stability is really important. Writing didn't seem like it could provide the financial foundation I desired.”

After graduating from LMU, Angelica applied to law school. However, an introduction to Jordana Spiro, a former Peace4Kids volunteer, drastically shifted her course. Jordana, in the midst of developing a script about a young woman affected by foster care, was searching for an authentic voice to guide the story. Angelica was the perfect fit and a successful partnership ensued. Realizing she could earn a living doing what she loved gave Angelica the confidence to pursue her craft.

Angelica moved on to produce and direct "Destiny of a Seed". The short film captures the simultaneous loneliness and resiliency of youth in foster care. For her, stories are the connective tissue, unifying people worldwide.

“Unfortunately, authentic stories about the foster care journey are often left out. Society needs to embrace stories like mine as ‘their’ story if we are going to change the poor outcomes for foster youth.”

In 2014, Angelica launched The Shade Room, a celebrity and fashion blog. With over 2.5 million Facebook fans, she's created a powerful and successful tool for mobilizing conversation. Even through controversy, Angelica believes in the essential value of sharing one's opinion and voice. “My voice has helped me overcome some of the most crippling experiences. The Shade Room invites people to open dialogue about experiences and perceptions, offering a platform to create a level of understanding.”

Angelica’s creativity continues to spark her social justice efforts. Today, her successes as a writer and equity leader include:

We're proud and grateful for Angelica, both for her evolution as an equity leader and her profound work as a change maker.