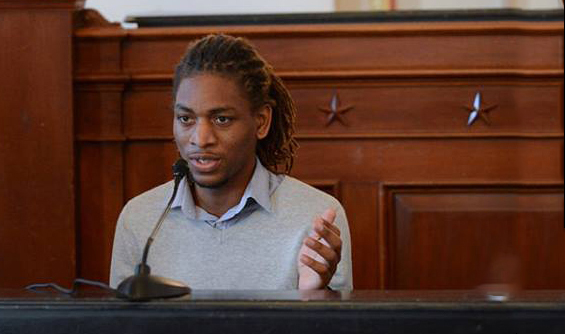 Akin Abioye [formerly known as George White] credits his emergence as a social justice and equity innovator to his time at Peace4Kids.

“Through Peace4Kids I learned I was capable. I discovered how my voice was essential in building an equitable and just society.”

A Peace4Kids alumni, Akin was honored this year as a White House Champion of Change. While he’s widely recognized for his advocacy work in passing California's Assembly Bill 12, not many know how his journey into equity advancement began.

Akin entered the Los Angeles foster care system at age 1. He struggled to find stable placement and was separated from his five brothers and sisters who were also placed into foster care.

“I can’t even remember the number of homes I lived in as a child. I moved so much that I must have attended every grade school in Compton.”

During this time Akin lived with a foster parent who acknowledged his potential. “She told me that I could be President! No one had ever suggested I was capable of achieving something like that and it stuck in my mind like an earworm.” At thirteen he started attending Peace4Kids, where he gratefully reunited with his siblings.

Akin began building meaningful relationships at Peace4Kids. He connected with Mihai, a mentor volunteer and USC master’s student.  Mihai, a self described tech geek and avid triathlete, coached Akin to build his first bike. Akin explains, “We rode the entire city on bikes. I saw parts of LA I didn’t know existed and it really rooted me to how culturally rich and beautiful our city is.”

Reconnecting with his siblings at Peace4Kids gave Akin the opportunity to see his older brother Antony graduate as high school valedictorian. Antony was a highly driven teen. Passionate about cooking, he immediately enrolled in culinary school at LA Trade Tech while working at Universal Studios to support his education.

Antony frequently worked very late. With no overnight train running to Compton, he often had to sleep at Universal Studios, curling up wherever he found viable space.  One morning, while heading home, he received a call from his foster parent, who explained that all his belongings had been dropped off at Peace4Kids. Now that he was 18, he was no longer welcome. Antony was shocked; he had lived in this home for years. Antony's experience ignited a spark in Akin.

"If my older brother, a valedictorian and highly driven, focused youth could become homeless, then every foster youth could face this fate."

Akin joined with other Peace4Kids teens, launching a campaign called “All I did was turn 18”. 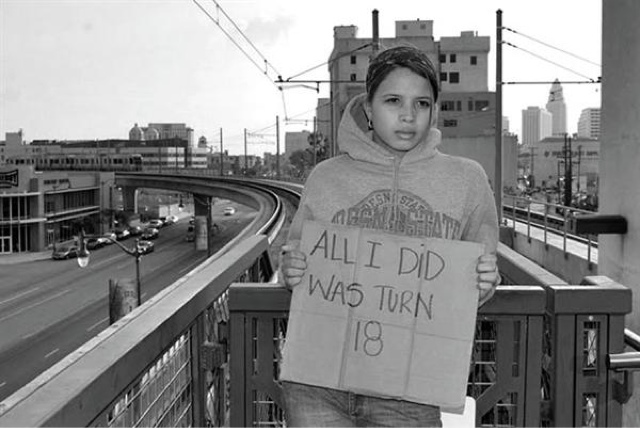 As part of the campaign, Akin committed to riding his bike 1,800 miles to represent the 1 in 4 foster youth who would leave the foster care system homeless. The advocacy group captured photos throughout the city; places where they knew foster youth had spent time in homelessness.

The successful campaign reached as far as the White House and was instrumental in the passage California's Assembly Bill 12, increasing the legal age of foster care to 21. This experience would anchor Akin’s work as a change agent.

The impact "All I did was turn 18" had on the foster care community inspired Akin to expand his social justice efforts. Today, his successes as an equity leader and visionary include:

We're proud and grateful for Akin, both for his evolution as an equity leader and his profound work as a change maker.