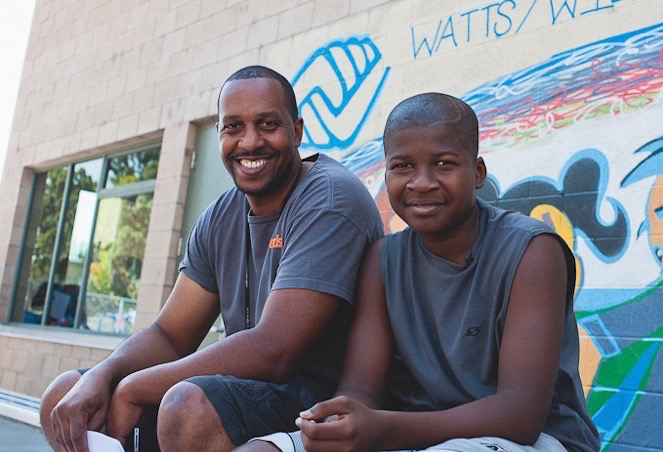 During his tenure at Peace4Kids Zaid has had the opportunity to blend his experience in the film industry as a Coordinator and Assistant Director to ensure that media is an integral part of improving the lives of foster youth. Most specifically, Zaid was the lead in designing and launching the Peapod Music & Arts Academy in 2008 at the Watts/Willowbrook Boys & Girls Club. The Peapod Music & Arts Academy was the vision of Black Eyed Peas band leader will.i.am and created a state of the art music studio and production facility for foster and at risk teens.

Zaid’s unique strategy of branding youth advocacy with media has yielded some very positive results. In 2010, Governor Arnold Schwarzenegger signed into law AB12 which is landmark legislation that increased the legal age of foster care from 18 to 21 in the state of California. The passage of this landmark legislation was in part influenced by a campaign that Zaid developed with his youth advocates called “All I did was turn 18”. This campaign received national attention in the press and is also being featured in a local documentary which was co-produced by Peace4Kids youth.

Zaid and the youth advocates he has trained have been called on throughout the country and internationally to address the issues facing youth aging out of foster care. They have given testimony in Sacramento and met with federal law makers to inform legislation, all with the intent of educating the public on the unique culture of foster care and to improve services for a vulnerable population of nearly 400,000 foster youth in the United States. They have produced art poetry and written screenplays to give an authentic voice to the foster care journey for public awareness. To provide empirical data about the unique needs and culture of foster youth, Zaid has been instrumental in negotiating a youth led research project with Loyola Marymount University where youth, and alumni, impacted by the foster care system define the strengths inherent in their cultural experience. The project was piloted in 2010 and yielded some positive data and has been revised through an online platform that will further provide evidence of the unique strengths developed by youth in foster care.